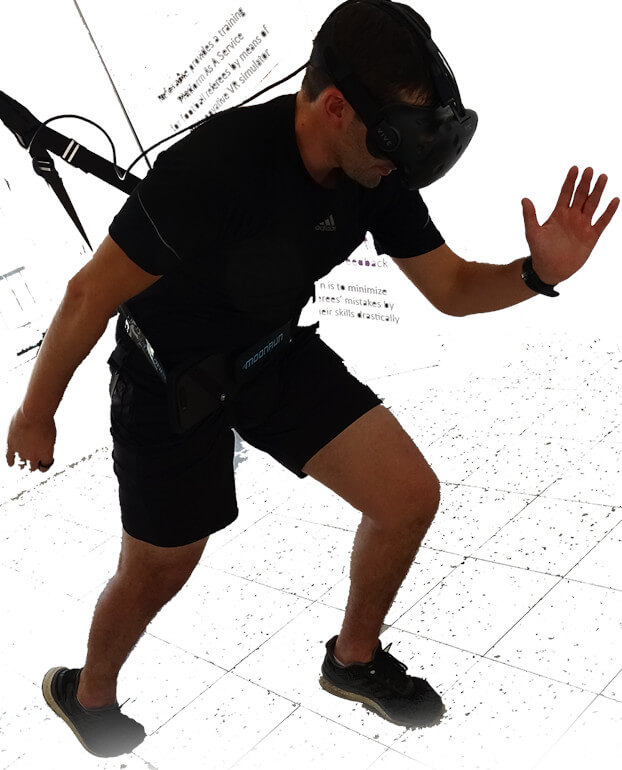 This system was supposed to simulate real football and violations, in order to make it possible to quickly gain practice playing virtual football and watching virtual violations, and not gain experience playing offline, where players risk getting real injuries. Thus, a student can learn in a few months instead of years as in real life.

We had to develop a very natural running in-place simulation. The classic treadmill didn't suit us as it didn't look natural. Also, it was impossible to manually create the animation of violations due to the implausibility, because the system has to display everything in detail. Another challenge that we faced is to create recognition of judges cards using VR.

In this startup, we have fully implemented the entire technical part and performed all the CTO functions. We have solved the problem of creating 3D animation of violations during the game. We have developed a unity application that simulates the game using VR. Also, we created a very cheap on-site running simulation technology using a gyroscope with bluetooth, VR tracker and TRX.

Our team consisted of six people: CTO, a project manager and requirements analyst in one person, a 3D animator, 1 Unity developer, 1 openCV and computer vision developer, backend developer and a database architect in one person, and QA. The CTO of the project and the 3D animator were directly involved in the creation of the simulation using motion capture technology.

All UI/UX was designed for being used in VR so everything is controlled by the user's head and sight only, it is completely hands-free (no keyboard, mouse, or even controllers).

Running in the virtual field

Being unsatisfied with the experience of existing VR treadmills, we designed a completely new system that is absolutely realistic and turns physical running into the running of a character in 3d environment. It is very lightweight. The faster you move, the faster your character runs, so it is also fitness.

Using extra VR trackers instead of controllers, we developed the recognition of referee hand gestures using only coordinates of VR headset, trackers, and human body proportions, leaving a referee with free hands for a maximum realistic experience.

The system can recognize red and yellow referee cards as well as whistle sound, so every action like showing a card or whistling is immediately recognized and the application reacts accordingly changing the game flow and saving the action event in the bigdata for future behavior analysis. 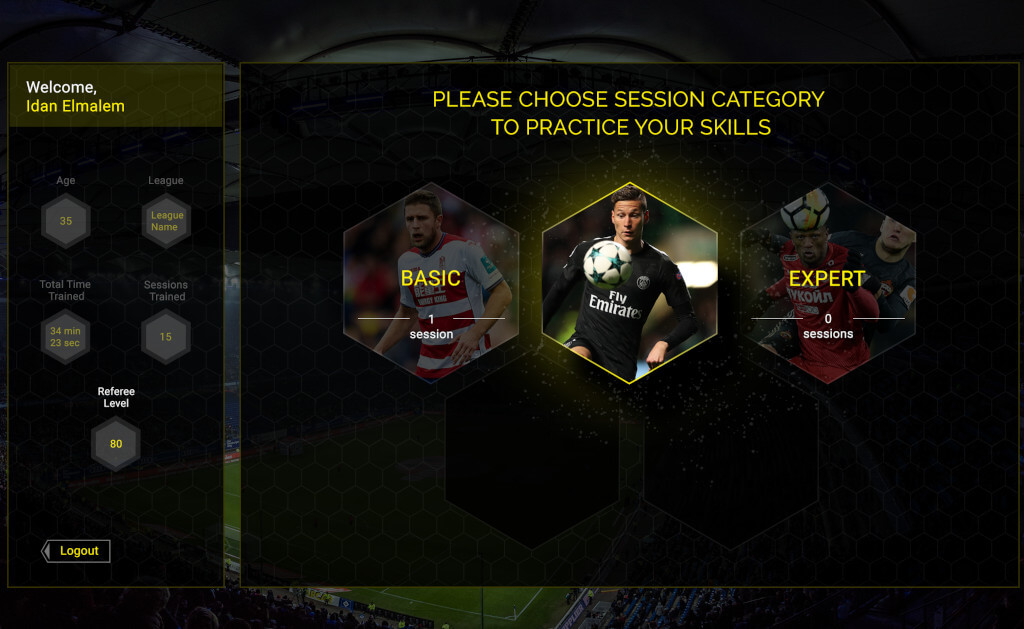 The backend behind this system is designed to store all actions referees do while training. This data is then used to analyze their behavior, reaction, the way they move around the field, etc. The system knows their experience level and can identify their weak points.

The whole backend was developed with Java and hosted on Amazon servers. The API was developed to interact with the Unity3D application and serve all requests as well as store and process all B2B information needed to sell this software as SaaS.

"I worked with Ardas on our startup development - it was a project for training football referees using VR. We wanted to create the most realistic simulation possible so that the referee would learn faster and more efficiently.

The project was very non-trivial since it included very different technologies. It was both a backend in the cloud and an application based on Unity with VR and integration with a BLE device and complex algorithms for sound recognition, referee gestures, and cards.

In this project, Ardas took over the full cycle of startup development, from the product discovery phase to the release of a full-fledged prototype, which we were able to deploy in the Israel Football Association in Tel Aviv.

Ardas fully implemented the entire technical part and performed all the CTO functions. They solved the problem of creating 3D animation of violations during the game, recorded several complex animations of very traumatic football violations, and created a framework that allows us to sequence events on the field ourselves using simple scripts.

The mechanics of the simulation of running on the field, that they came up with using the MoonRun sports system, turned out to be much more realistic and convenient than expensive VR treadmills.

They treated our project with maximum dedication, as if they were their own, spent a lot of time working with us in Israel, communicating with our advisory board.

I was surprised how a small team was able to solve all these varied and unusual problems in 12 months. They saved us a huge amount of money by developing a little bit of everything needed to test PoC without doing anything extra. With the worst and cheapest motion capture, they managed to make beautiful and very realistic animations."

Do you have a similar SaaS product that requires development?

Whatever stage your SaaS solution is at, get in touch with us to discuss it. It is FREE and we engage fast. We will help you with onboarding the right engineers with strong experience in SaaS development and a deep understanding of SaaS business, better planning, priorities, and realistic estimations.