How long will it take to create your mobile application

Despite their popularity, mobile applications remain a strange breed, with very little known about how much it costs and how much time it takes to create one. A lack of understanding through low-level literature is harmful to both sides. So let's find out what are the prices and terms for custom software development.

It is difficult for a client to choose a contractor through a lack of understanding how much time and effort it takes to solve a problem. This has a knock-on effect with the developers having to regularly explain that it is impossible to create a 30-screen monster for all devices within a week. Other issues such as competitor pricing suddenly changing, creating a difficult situation with perceived quality and standards.

The first thing to look at is the complexity of the application software development. The second is the number of platforms (iPhone iOS, iPad iOS, Android phone, Android tablet, Windows Phone), on which it will work. Yes, tablets and smartphones are often considered separately, but not always, below I'll explain why. 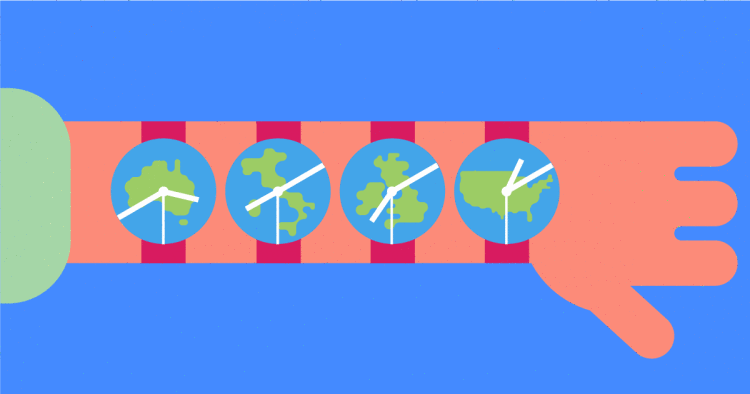 By the way, for software development company to making the application for Android takes 20-30 percent longer and at least a third more expensive than under iOS, because it needs to be tested on more devices. As a result, there are more bugs and you have to make more edits. In hours, the difference in the time spent starts from 20 for a simple application and ends with a number of as much as 100 for a complex one.The division by category of complexity for each studio is different. Often these are highlighted:

Usually, simple applications are those that contain about 5 screens, do not exchange data with any of yours and others 'databases (do not update the lists of free tables, the remaining tickets), do not collect analytics of users' actions, and personal cabinets in them if there are. Then with registration only by email.

Simple applications are usually, either business cards (information about the company, address, maps), or programs created for one simple process like ordering without selecting a product and adding to the shopping cart. For iOS and Android-smartphones and tablets, specialized agencies create this in a month or two, spending 100-300 specialists hours.An application on one platform can be made faster and cheaper, within a month (150 hours), but few customers agree to be limited to one device. For them and those who want to save, there is a solution in the form of cross-platform custom application development. This can be a good option, but there are many pitfalls like limited functionality, visualization and performance.

Even with separate writing, the code for each platform must be absolutely unique. That is, if the program is first written for one platform and then adapted to another, this will not increase the development cost by half, but a little longer.

Such apps cover several processes. These include most online stores and booking systems. There are about 10 screens plus; a personal cabinet, authorization through social networks, integration with the server or the site, payment systems are often included. The functionality of feedback, rating, ratings can also be built in. For several platforms, this would take around 3-6 months (300-800 hours).

Applications of this category are the most common. According to an American survey, the standard application is created on average over 18 weeks, that is, for 4 months. Now the terms of development have become shorter, and in the coming years the trend seems to continue. Technologies are developing, courses, open lessons and conferences on the topic are becoming more popular, and this positively affects the development of the market.

This category includes applications, the development of which takes from 800 hours (6 months). They can support synchronization in real time, all kinds of interactivity, integration with any databases, animation, work with downloaded (with maps, for example) offline and everything else that your heart desires.

When the client is not satisfied with the deadline, he usually asks to parallelize the tasks and connect more specialists. In creating a mobile application, you can usually do this only with programming, the remaining steps remain consistent, but if you find a studio where you manage projects on the Agile approach, it's possible they will save you a bit of your time. In any case, do not hesitate in communicating with studios to ask what development process they use, to ensure that you do not overpay for inefficient management.

Money to save is easier: the price of the product is made up of standard components, some of which can be eliminated or replaced with cheaper analogs.

If you work with a specialized studio, take into account the costs for office rent and utility payments.

There are two options for saving: look for a young agency where employees work remotely, or select a team of specialists who work for themselves, but keep in mind that if you need support after the application is published, then it's better not to contact freelancers.

By the way, as for agencies, not only a new player in the market saving on the office, can be a profitable contractor. Yes, their prices are greatly influenced by experience and awards, but if you decide in advance what application you want to create, and find something similar in the portfolio of the experienced agency, then there is a chance to receive a discount, appealing that it will be created for you not from scratch, but on the basis of the previous order.

Companies that use BaaS-platforms (Backend as a service) spend much less on development, accordingly, their services should be cheaper. This information can and should be requested at the negotiation stage, as well as the assessments of all the work, broken down by employee hours. It is better to ask to set the real cost of development in a clock with a separate commission, so it will be easier for you to compare the offers of different studios.

This can be done by a team of three experts (UX-designer, UI-designer and graphic designer), and one master of all trades. In the first version, the quality is higher (price too), but usually the studios use the second one. The design takes an average of 80 hours with development of 500 hours and 160 - with development of 900 hours.

It is divided into backend and frontend, but mobile programmers specializing in a certain OS are engaged in both.

Using the services of freelancers, you can save. Search on international resources of programmers with a good rating can only result in over-payment, even if you take into account the savings in the rental of premises: if the average programmer of the studio gets a current rate of about $ 9 an hour, freelance artists tend to assess themselves in 2-6 Times more expensive.

There is an option to simplify both parts of the development by creating applications by template. The quality of such products is usually very far from the modern understanding of beauty. Further than the quality of site templates and email-lists, for example.

The second option is to simplify only the programming of the server part, using backend-development platforms. This is effective because the share of backend jobs (including core) in application programming is about 80% - the front takes only a fifth of the time. You get a ready-made SDK that includes data modeling, PUSH, email and SMS notifications, cloud storage, JavaScript server code, analytical tools and user management. It helps to reduce the number of employees involved. Even in complex applications, one can do without an architect and database developer, a system administrator, and one or two system developers instead of two or three. This also reduces the share of server programming in development by up to 30%.

This has a particularly positive effect on the timing of the entire product (the fact that without BaaS-platform can be written in 18 months, it is 2-3 times faster), because the most time for server functionality is spent at the beginning, and without a base, it is impossible to write frontend. Plus, the issue of cloud services for data hosting and tools for analyzing, the server load on the application is automatically resolved. A commission is then paid, like any cloud service.

This is usually done by the project manager or special software testers, but they have roughly the same salaries. In practice, testing and re-positioning takes about 2 days to 2 weeks of continuous work, that is, from 16 to 80 hours.

Add here the management of the project, which is likely to be implemented by the same manager. By experience, he will spend on this about 3 days of continuous work (including the first meeting with the client, collection of requirements, etc.) in the simple version, 7 - on average and 14 - in complex.

By the way, putting the application in the store is not the last task of complexity. The App Store and Google Play's product guides contain quite a few reasons why your product may be rejected, for example, by an age rating. In addition, each iteration of the scan takes quite a long time - about a week (but there are ways to speed up the process), which adds problems to those who have deadlines on their calculations for something.

If we talk about the final figures of time and money, which you have to count on, according to the performers themselves, here the data of the studios vary greatly.

As you can see, already there are many ways to reduce the costs of application development. In the future, the cost of development, as well as the time frame, should continue to decline due to the emergence of new ready-made tools aimed at development and unification of data.

For example, already there is a hybrid system ‘React Native’, developed by the company Facebook, which works with native components of the operating systems iOS and Android. That is, it is a variant of cross-platform development, which, due to interaction with different OSes directly, looks as if the application was written for each device separately. While the technology is still very young (the Android version, for example, was released just over a year ago), the system has very limited functionality of interface elements, in terms of bugs, too, everything is not smooth, but in the future it can easily solve all the main problems of cross-platform development.

Here are the several techniques for working with the design of the application, which can be called effective and proven.

Portable devices currently occupy far from the first position in the list of popular and widely used in medicine inventions. Find out where to start from.
Back To Blog